Earlier this month, the Goodreads Giveaway for Excel Basics In 30 Minutes was officially launched. As of this writing, the registration is still open. For the next two weeks, you can sign up for the giveaway and have a chance at winning one of 25 free copies of the paperback (126 people have already signed up). The details to join the giveaway are at the bottom of this page.

However, one thing I wanted to highlight about the giveaway was the impact of the listing on the sales and marketing of the book. I track marketing data very carefully. Shortly after the Goodreads Giveaway was launched, there was a measurable increase in the number of books sold on Amazon and iTunes. In addition, I saw on the Goodreads Giveaway listing page that about 30 or 40 people had listed it as “to-read”. My hypothesis: People who saw the giveaway wanted to mark it for future reference, and in a few cases they wanted it right away — and went to Amazon or iTunes to buy the ebook version. Several people also bought the paperback version.

This is not a best-selling In 30 Minutes™ title, but the boost was welcome. I’m looking forward to the end of the promotion, and sending out the free copies to 25 lucky winners (selected by Goodreads). I’m also looking forward to getting feedback from those readers.

See the giveaway details
at Goodreads. 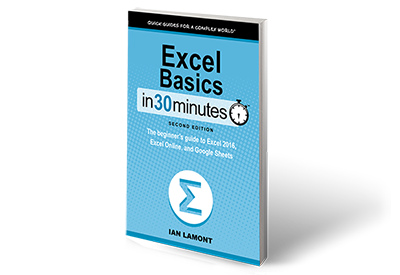